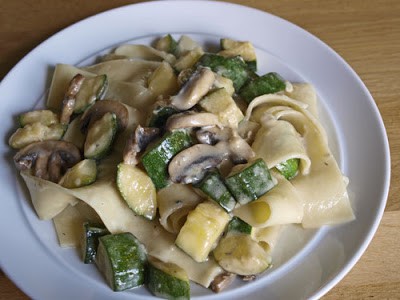 I never feel much like doing a lot of cooking on a Friday night, so this was a quick and tasty meal that took very little preparation. 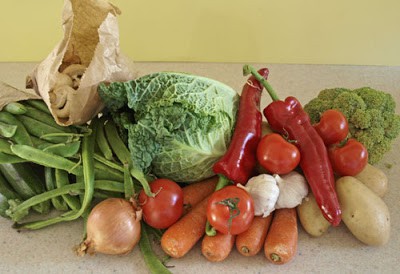 I was asked to review this glorious veggie box by Farmison  the company is the brainchild of John Pallagi and Lee Simmonds, two old
friends and colleagues who share a great love for fantastic food.

They promote their 7 core values:

1. Farmison provides home cooks with fabulous foods that would
normally only be found in the kitchens of discerning, ingredient-aware
chefs.

2. Farmison provides a lip-smacking alternative to the year-round monotony of supermarkets.

3. Farmison constantly changes what it sells to reflect what’s in season. When foods are not at their best, we don’t stock them.

5. Farmison gives small-scale food producers a UK-wide platform to
showcase and sell their products, complementing their own local
initiatives.

6. Farmison sources food from the UK first and foremost and only chooses imported food if there is no British equivalent.

7. Farmison sells foods produced in a way that respects farm animals, producers and the environment.

I was certainly impressed by the freshness of the vegetables and the variety, they were very well packed too.

I only needed two courgettes and about 8 mushrooms for this dish so there will be more recipes coming up.

Heat the butter and oil in a large pan, add the courgettes and mushrooms and cook for about 10 minutes until the vegetables are soft and golden brown.

Fill a large pan with boiling water, bring to a rolling boil and add the Pappardelle

Add 100ml cream to the pan of vegetables and then add the crumbled stilton cheese.

Turn down the heat and cook gently until the cheese melts into the sauce.

Drain the pasta and mix with the cheese and vegetable mixture.  This made a generous serving for two but would have served four with some bread.  We love Stilton but if it’s not for you, then you could use any cheese that melts well.

Look out for more recipes made with my Farmison Veg Box, if you would like to find out more about how you can buy your fruit and vegetables from Farmison there are a variety of boxes available, as well as a range of meats and cheeses.

Disclaimer: This is a sponsored post. I was not required to write a positive review and any opinion expressed is my own.