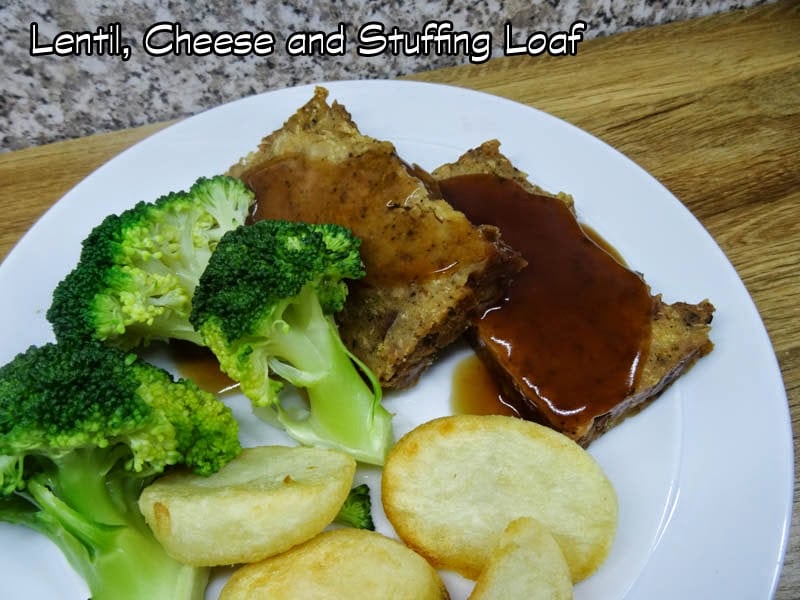 In my pre-Christmas online shopping spree, I mistakenly ordered a couple of packets of dry stuffing mix rather than ready-made stuffing. By the time it gets to Christmas my cooking mojo has usually expired in a puddle of goose fat.  I threw them in the back of the larder and popped into the shop for the stuffing I wanted. However, once all the festivities had passed, I found the stuffing again and one of the things I like to use dried stuffing for is to bulk up meatloaf, it acts like breadcrumbs and adds flavour too. This time however, I decided to make a non-meat version, based on a couple of different Lentil Loaf recipes.

180 g red lentils
240 ml liquid (I used wine, but you could use cider or water)
130g pack of stuffing mix, reconstituted as per packet instructions
135 g grated hard cheese (I used a herb cheddar)
1 egg, beaten

1. Place the lentils and the liquid in a pan and add just enough water to cover the lentils.  Bring to the boil and allow to cook almost until tender and until the liquid has been absorbed.
2. Mix the cooked lentils with the reconstituted stuffing, beaten egg and the grated cheese.
3. Line a 400g loaf tin with silicone paper and fill with the mixture.
4. Cover with buttered foil and EITHER bake in a pre-heated oven at 180C for about an hour, taking off the foil ten minutes before the end of cooking to brown the top OR place the tin in a slow cooker, pour boiling water around the tin (bain marie) until it is about half way up the tin and cook on HIGH for 4-5 hours.

I cooked mine in the slow cooker which kept it really moist, the texture is quite close and it cuts really well when cold.  I served it with gravy, but you could also serve with a tomato sauce. 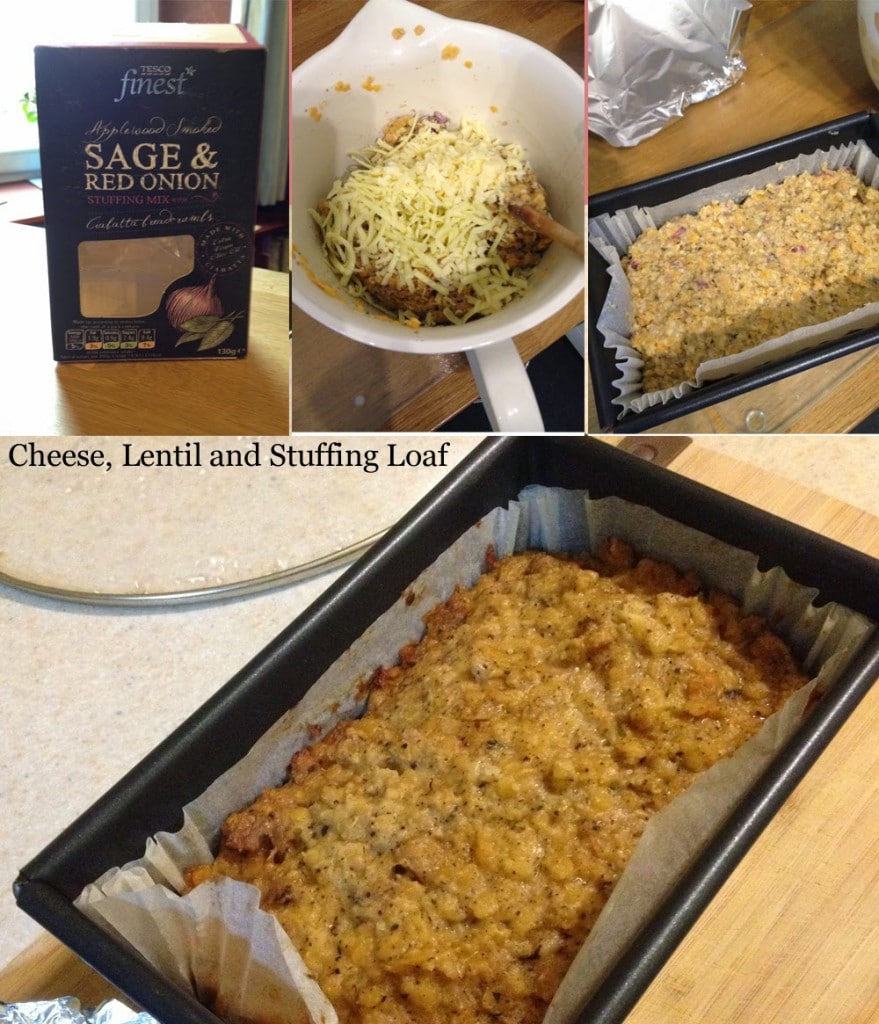 The Lentil Loaf is also really good cold and makes a great packed lunch with some homemade coleslaw made simply with grated carrots, sliced red cabbage and a little leftover cream cheese dip from New Year as dressing. This was my lunch today and I really enjoyed it.

I’m entering this for Tea Time Treats the blogger event organised by Janie at The Hedgecombers and Karen at Lavender and Lovage.  The theme this month is Packed Lunches and it’s being hosted by Janie.

I’m hoping it also fits with Cooking with Herbs  Great British Store Cupboard challenge, another challenge from my friend Karen at Lavender and Lovage.  Karen is asking us to use ingredients from the store cupboard as well as including herbs. As the cheese contained herbs and the stuffing mix contained sage, I think it should qualify.

I’m also entering the Lentil Cheese and Stuffing Loaf for Credit Crunch Munch  organised, and this month hosted, by Helen at Fuss Free Flavours and Camilla at Fab Food 4 All  It’s a thrifty dish, uses things that are in the store cupboard AND makes a great packed lunch!