Yes, the rhubarb season is well and truly upon us!  Loads of the stuff growing in the garden so you may be seeing quite a lot of recipes featuring those rosy stalks.  Today it is another version of a crumble, Rhubarb Orange with Amaretti Crumble. 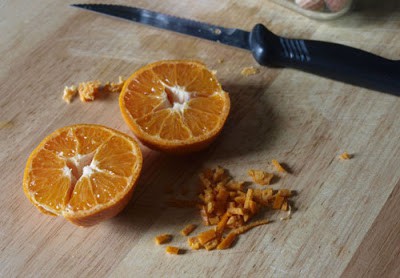 Peel about an inch off a clementine, scraped off the pith and diced it into tiny pieces. 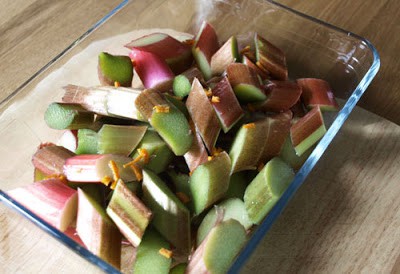 Chop up about four stalks of rhubarb and put them into a dish with the orange zest. Add a tablespoon of granulated sugar (or to taste).

Take 8 – 10 amaretti biscuits and crush them with a rolling pin.

Mix the crushed amaretti with about 4-5 tablespoons of crumble mix.

Spoon the mixture over the rhubarb and bake in the oven at 160C for 30-40 minutes until the crumble is golden brown and the rhubarb is bubbling through.

Serve with custard (yes, it’s Birds Custard again).  The hint of orange flavour brought out the rhubarb, and the almond flavour enhanced the crumble and gave it a bit of added texture too.