14 shares
Jump to Recipe Print Recipe Pin Recipe
As my regular readers know, I am slightly obsessed with my slow cooker and use it pretty much every week to make all kinds of slowly cooked recipes.  I’m also a fan of Moroccan food and this Crock-pot Chicken Tagine certainly hits the spot. 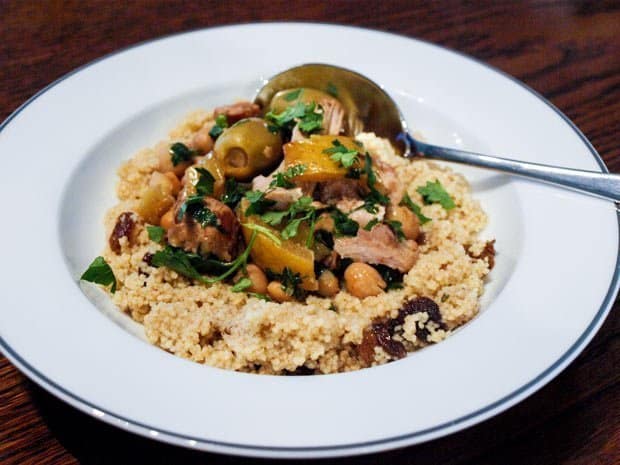 There are many different brands of slow cooker but the original Crock-pot is still has a certain cachet, if slow cookers have cachet!  I was delighted to be invited by Crock-pot to try out the Crock-pot Countdown Slow Cooker  join them making some recipes for Crocktober over on their Facebook page. 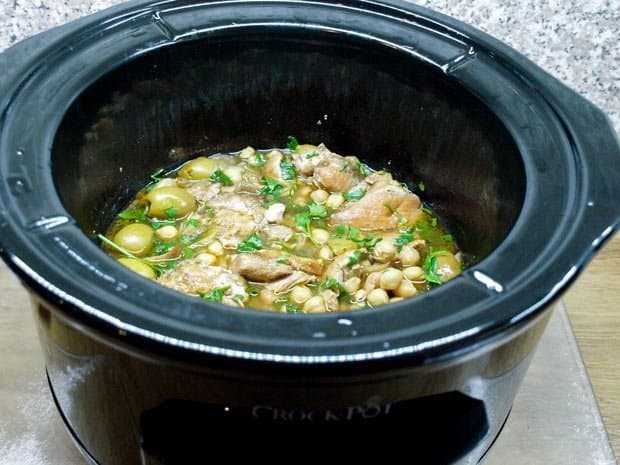 My sister-in-law gave me a jar of preserved lemons that she had made and every time I open the larder I see them there, so it seemed like the ideal opportunity to make a Chicken Tagine with Preserved Lemons in the Crock-pot.

If you are not ready to eat, the Crock-pot will keep the Tagine warm for a couple of hours without coming to any harm. Serve with couscous, I added some sultanas to the cous cous and used some of the juices from the Tagine, with some added boiling water, to swell the grains.

The Tagine was much lighter than the usual lamb recipe that I make, I missed the sweetness of dried fruit in the dish, which was why I added sultanas to the couscous. I would probably add some dates or apricots if I was making it again.  I would recommend that you don’t add any salt to the dish while cooking as I found that the preserved lemons (preserved in salt or brine) and the olives added enough salt without any additions.

So how did the Crock-pot perform?

I’m adding this to my own Slow Cooked Challenge, anyone is welcome to join in with a slowly cooked recipe whether in a slow cooker or by other slow cooking methods.

Thanks to the people at Crock-pot for providing me with this Countdown Slow Cooker Crock-pot, I was not paid for this review and all opinions are my own.