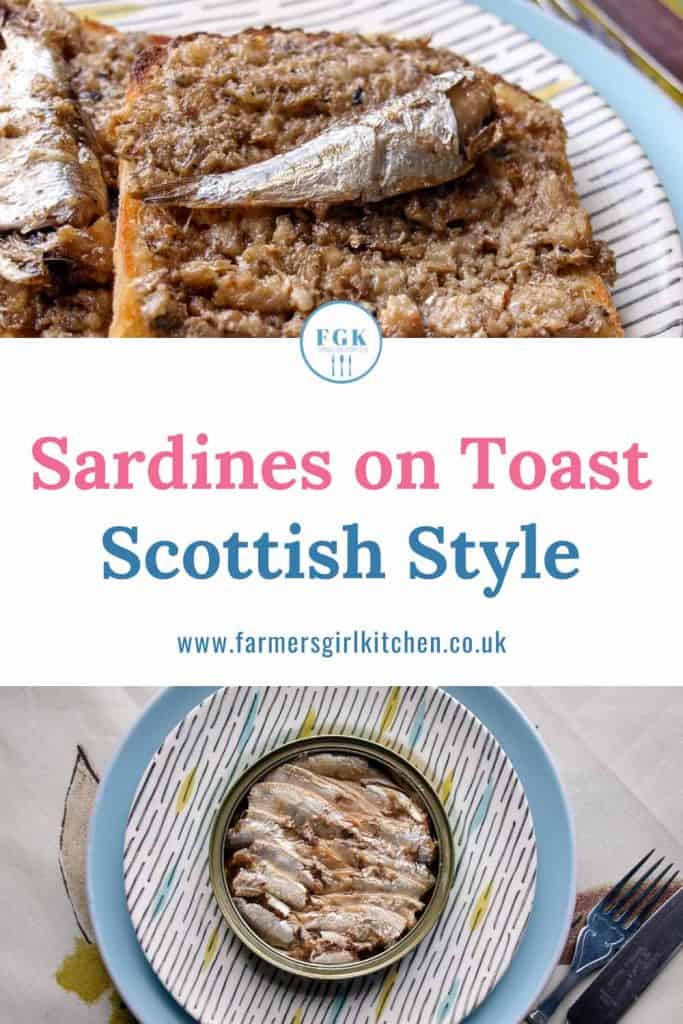 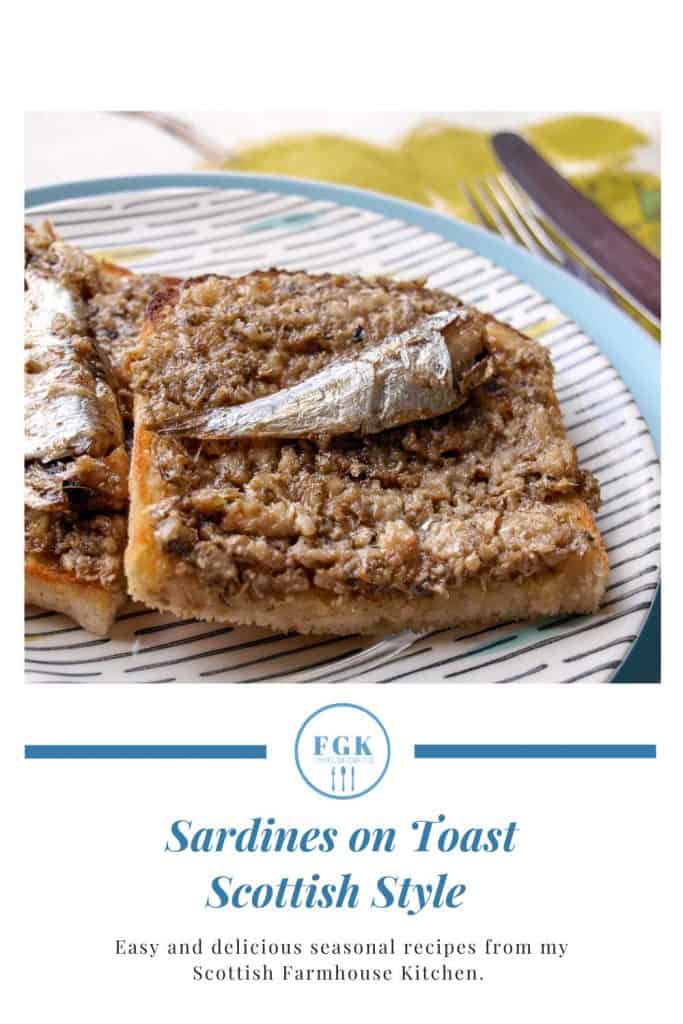 Sardines on Toast is a quick and healthy snack from your pantry that is cheap and easy to make. Serve Scottish style on thick slices of toasted batch baked bread, only 10 minutes from start to finish.

Sardines are a small fish that is part of the herring family. Sardines and Pilchards are basically the same fish, they are called sardines when they are smaller and larger fish are named pilchards.

Where do Sardines come from?

Everyone knows that sardines come from the Mediterranean, don’t they?  Sardines are popular in Mediterranean countries and the name sardine may have derived from the Island of Sardinia. However, these fabulous little fish are caught around British shores, particularly the Cornish coast but, also off the coast of Scotland.

Why are Sardines good for you?

Sardines are high in protein, a great source of omega-3 fatty acids, and few foods are as high in vitamin B12. They’re also rich in vitamin D, which alongside calcium is vital for bone strength.

A Plain Loaf is a traditional style of bread made in Scotland. The bread has a well-fired crust on top and on the base, but no crust at the sides. This is because the bread is ‘batch’ baked, that is the loaves are baked side by side then pulled apart.

My mother often sent me to the shop for a ‘half loaf’ which was, in fact, a whole loaf and very confusing! However, this also refers to how the bread is baked with two batch loaves considered to be a loaf and one being a half loaf. It is rare to hear people talk about a half loaf today.

A Pan Loaf is baked in a pan and has a crust all the way round. Originally, the pan loaf was more expensive and eaten by those who were better off. Therefore someone with a posh or affected accent was said to speak ‘pan loaf’.

How to make Sardines on Toast – Scottish Style

Choose the best sardines you can afford.  Sardines are not expensive but spending a little more will definitely give you a better quality of fish.

Drain the oil from the tin, take out three whole sardines and put them to one side. Put all the rest in a bowl and mash them.  Season to taste.

Lightly toast a slice of the Scottish Plain loaf and butter generously.

Top the toast with sardines

Pile the mashed sardines onto the toast. Make sure you get the fish right to the edges. Top the toast with two or three whole sardines. Put under the grill (broiler) on medium-high heat until the fish is bubbling and beginning to crisp at the edges.  It will take only 3-5 minutes.

Cut the toast in half and serve.  You can eat it with a fork and knife, but if you leave it for a couple of minutes, you can pick it up with your fingers which is far more satisfying!

Cloud Eggs are a very simple way to cook the white and yolk of an egg separately to create a really light and fluffy egg. Perfect serve on toast.

Cicchetti are small appetisers you eat with an aperitif in the bars of Venice. they are open sandwiches with a variety of toppings and they are very delicious.

Quick and Easy Pitta Pizzas are a quick snack that can be transformed into an easy meal. They are so easy to make that children can make them themselves with very little supervision.

Choose the best sardines you can afford. Sardines are not expensive but spending a little more will definitely give you a better quality of fish.