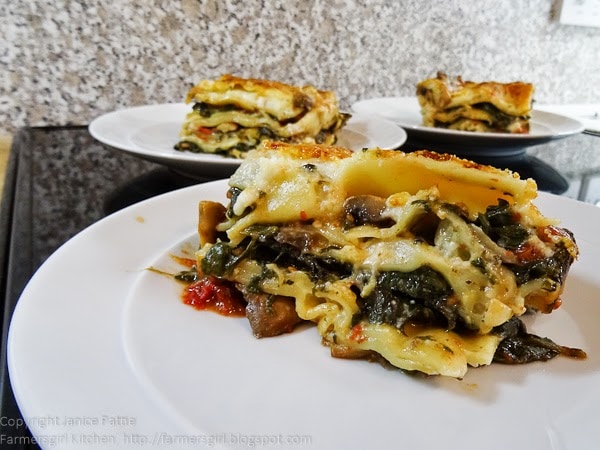 Spring bring lovely fresh green vegetables, one of which is spinach, it always seems to be a sort of magical leaf the way it fills the pan and then a few minutes later it has reduced to damp, dark green blob in the bottom of the pan!  Mushrooms do a similar thing but not quite so dramatically! 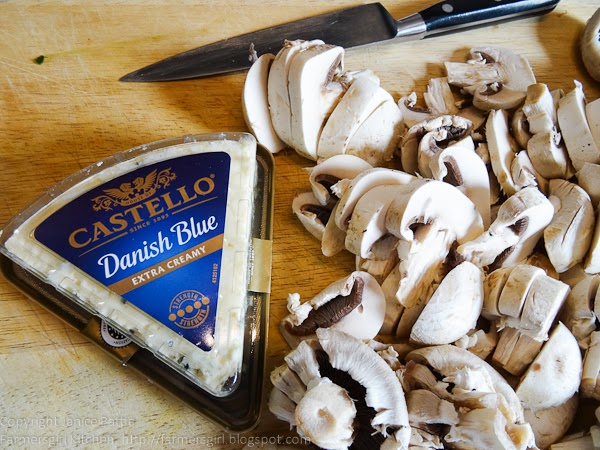 This was a really tasty dish, I love blue cheese and the sharp bite of the Danish Blue was a great foil to the mild mushroom flavour and the deep earthy taste of the spinach.

I’m entering this for blog challenge ‘Extra Veg’  hosted this month by Shaheen at Allotment to Kitchen .  Its blog challenge created by Helen at Fuss Free Flavours and Michelle of Utterly Scrummy.  The theme this month is Savoury Vegetarian which fits my Spinach, Mushroom and Blue Cheese Lasagne perfectly.

I’m also entering this recipe for Four Seasons Food celebrating the vegetables of spring.  FSF is run by Anneli at Delicieux and Louisa at Eat Your Veg who is hosting this month.

Thanks to Castello for the Danish Blue Extra Creamy Cheese.