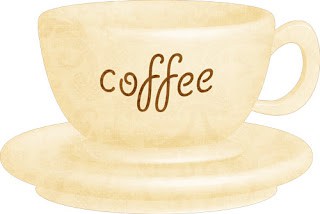 After day one of living on WW2 rations, I have found that what I miss most is coffee!  I did notice it wasn’t listed in the rations, so went looking for some information and this is what I found out:

Sugar and coffee are imported from South America and the Caribbean.  In addition to the hazards of shipping by sea, the military needed great quantities of these ingredients.  Shortages of European sources being cut off meant that Britain only had access through the US adding additional strains on the supplies and the tonnage lost to the war in the Atlantic also added to the shortages.  My husband’s uncle was a Gunner for the Merchant Navy and worked on the convoys, including the Arctic convoys to help bring vital supplies to the troops and the Home Front.

The shortage of imported coffee in WW2 led to a rise in the use of Camp Coffee; a concentrate made from just 4% coffee with chicory (a vegetable) as the main ingredient.  I can remember visiting an elderly lady and being offered Camp Coffee in hot milk, I am no fan of warm milk in any drink and the combination of the milk and the, rather treacly, Camp Coffee was not to my taste!

And while we are on the subject of beverages,  I’ve realised the benefits of drinking my tea black, no milk and no sugar.  I stopped taking sugar in my tea when I was about 12 and stopped taking milk when I was a student with no fridge (students of today please note: no fridge, no phone, no computer or laptop, no central heating or washing machine – we went to the launderette) however, I digress, where was I?  Oh yes, black tea is going to allow me to make some kind of pudding with my milk and sugar rations – result!

This little book belonged to my gran, who must have worn out the cover, recovered it with brown paper and stuck the picture back on the front!  I think she used it well into the 1950’s as there are some newspaper cuttings of Elizabeth David recipes tucked between the pages.

The Haricot Bean recipe is currently cooking in the oven ready for tomorrow, so I will post the pictures and recipe later.  In the meantime I’m going to give you the recipe for the National Loaf.  Over at Lavender and Lovage, Karen tells you more about how this came about.

I cheated a little here and used the bread maker to make the dough, then baked it in a tin in the oven.

So how are we doing with the rations?

Remember to check out how Karen and Fiona are getting on in their Wartime Kitchens.