I’ve been making Apple Pickle off and on for many years. The recipe comes from a little paperback book which was produced by a magazine called ‘Home and Freezer Digest’ I checked the publication date for the book and it is 1981 😮 At the time there were very few food magazines and I loved that little magazine. Anyway, back to the Pickle, all the recipes in the book were provided by readers of the magazine and this one came from a Mrs Una Spear from Devon who got it from a friend. 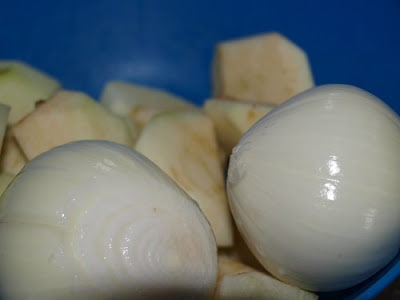 1. Mince the onions, apples and dates in a large bowl 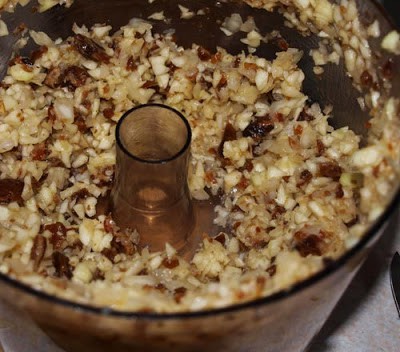 I used to have an electric mincer, but it doesn’t work anymore, so I just chop them in my ancient, but still functional, Moulinex food processor (circa 1980)! 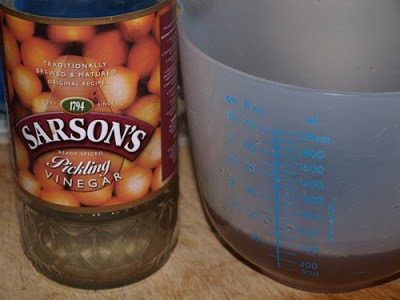 This is the vinegar that I used. 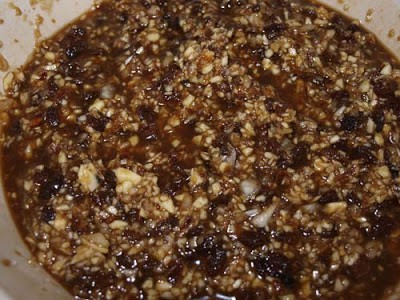 2. Mix in the sultanas, sugar, salt and cayenne pepper. 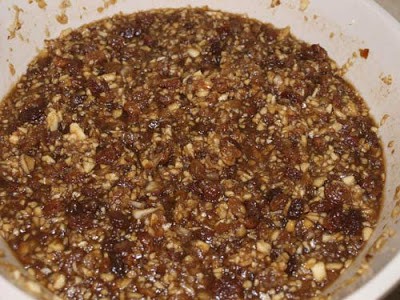 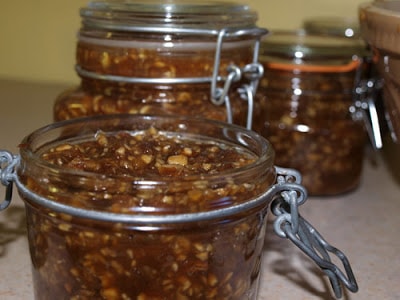 Pack into warm, clean jars, cover, seal and label. Put the jars in a cool dark place for about 2 months before using. Makes about 6lb
0shares

Hooray! Another apple recipe! I need them to get through the glut of apples in my kitchen. Thanks Farmersgirl. I'll make this at the weekend x

ooo my Mum used to make this one from the same book!!!!

How long does it keep Janice? X

Still getting used to your jargon. Could this be called a chutney?

Judy – It is a sort of a chutney, but I would consider chutney to be something cooked and pickle is something uncooked but preserved in vinegar. You do use them in the same way though.

Karen – that makes me feel even older and I KNOW I am not as old as your mum!

I have never heard of that but hey, I'm up for anything! I read your blog with an English accent, just so you know. New recipes…I'm ALL about those!!!!!! Can't wait to come back ~ ♥ I love how you all say "mum".

I had forgotten all about home & freezer digest, my mum used to read it. If I remember rightly they were useful and practical. Must look out for some at junk shops to rediscover more childhood recipes (and chores)!

You need to read my blog with a SCOTTISH accent!

sultanas ? i had to do a search to find this one… RASISNS!
this looks so good, will have to put it on my short list of new recipes to try! thanks for sharing…

I really need to learn how to do preserves. For some reason it is something that has passed me by but I am getting itchy to learn.