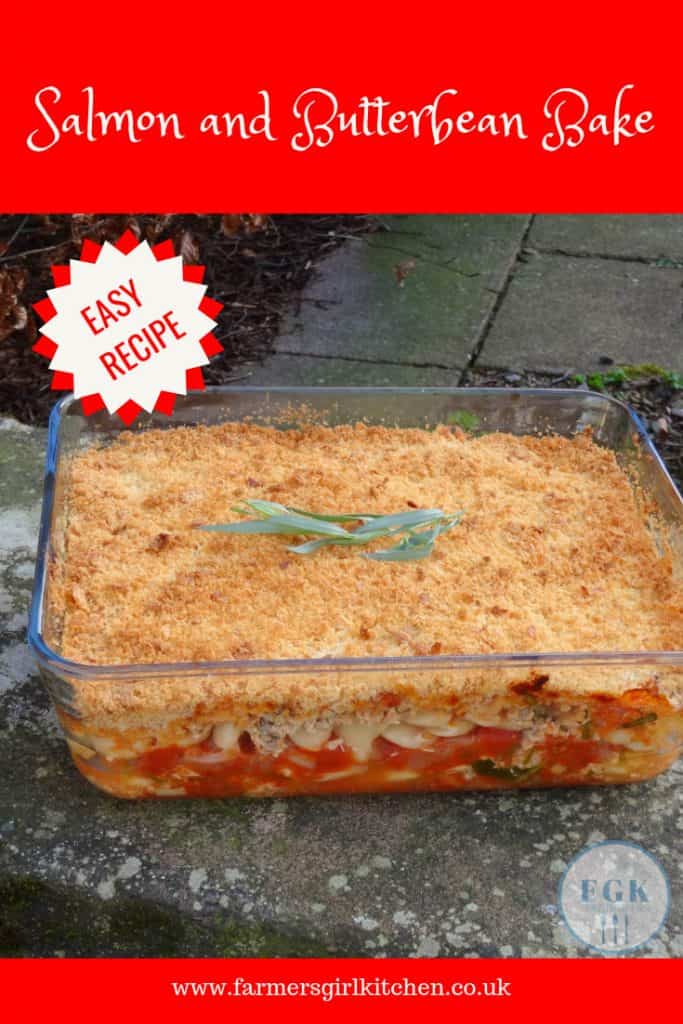 Salmon and Butterbean Bake is a great recipe to have in your collection, it’s super easy and made with canned ingredients, so you can easily feed a crowd without much notice.  I don’t know about you, but I always have canned food in the house.  Tinned tomatoes are a must, I also keep a stock of canned fish and pulses, I even have a can of snails in my larder!  It’s always great to have some new ideas for how to use those cans, they are brilliant for self-catering and camping holidays too. 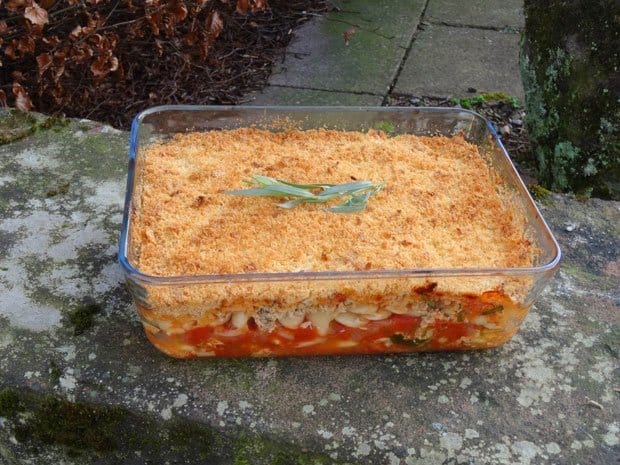 Eating healthily is one thing many of us aspire to do, whether it’s by following a diet, cutting out excess sugar or trying to eat a little less. However lots of us struggle to know where to start. That’s why for Canned Food Week 2015 (March 30 – April 5), Canned Food UK has teamed up with celebrity nutritionist Amanda Hamilton, to show you just how easy it is.
Canned Food Week aims to raise awareness of canned food and its nutritional benefits. This year Canned Food UK and Amanda Hamilton have produced a set of healthy eating plans, each one with recipes, like the Salmon and Butterbean Bake,  that will take you from breakfast through to dinner.
Running from Monday to Sunday, seven plans have been created for a number of different audiences, from older people and students to families with younger children and couples. Each plan also features a brand new recipe from Canned Food UK, two of which have been designed by Canned Food UK ambassador and celebrity chef James Martin.

For lots of ideas, you can download the healthy meal plans from www.cannedfood.co.uk and cook some of the meals, which will be made available during Canned Food Week.  I chose to make the Salmon and Butterbean Bake by James Martin, which is featured in the Healthy Eating Plan for your growing Teens, there are no growing teens in my household anymore, but it’s a lovely easy dish and works just as well for any member of the family.  But don’t take my word for it, you can watch James Martin making this dish on the Canned Food Cooking Channel

Serve with a crisp green salad.

The Salmon and Butterbean Bake was really easy to make and very tasty and filling. It’s so handy to have recipes you can put together from your larder that will feed a crowd, I’m sure my boys would have demolished the lot!

Remember to check out the Healthy Eating Plans and the other recipes on the Canned Food UK website.

Amanda Hamilton, nutritionist, comments: “These plans have been created to help show people that eating healthily isn’t as hard or expensive as you think – it’s all about planning ahead. Good nutrition can seem overly complex at times so I’m happy to get behind a campaign that makes simple recipes suggestions that are genuinely accessible to the vast majority – they taste great too!”
Jason Hegarty, Chairman for Canned Food UK, comments: “We know that canned food plays an important role in cooking in the majority of UK households, and that is why Canned Food Week is so important to us. During the canning process, nutrients are locked in, so canned food really does present a healthy option. By producing these plans with Amanda Hamilton, we hope to show that using canned food is a convenient and affordable way to eat healthily.”