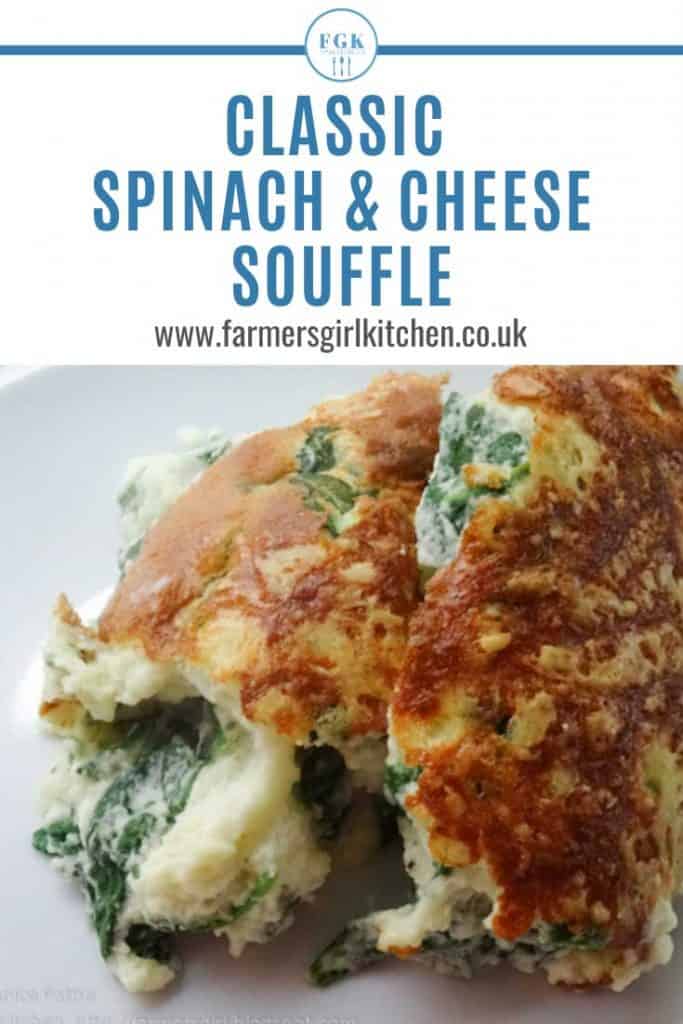 Spinach and Cheese Souffle is a really delicious supper or lunch dish, it’s filling and really tasty.  If you’ve never made a souffle before and are worried that it’s going to be difficult, then please don’t be, it’s really not that difficult as long as you don’t leave it waiting around too long after it comes out of the oven. 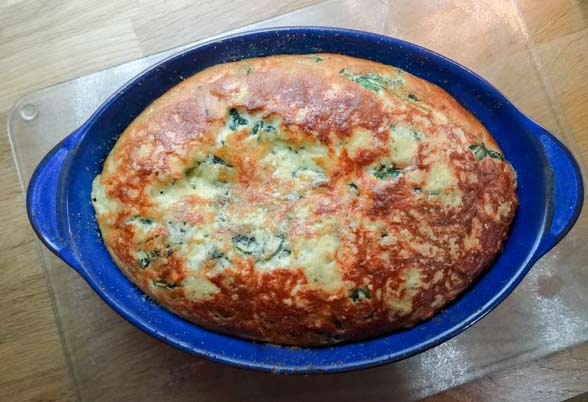 I don’t make souffles very often, but when I do I always think I should make them more often.  The rich bechamel sauce with, breadcrumbs, spinach and cheese is made light and fluffy by the addition of beaten egg whites, it’s like eating cheesy clouds!

First I’d like to say a little about the Barber’s Vintage Reserve Cheddar: this is one of the best cheddar cheeses that I have ever tasted.  It had a little calcification (the crunchy bits you get in mature cheddars) but not too much, but the flavour of the cheddar was rich and tangy with an aftertaste that just makes you want to eat more!  Beautiful stuff!

The Barber family have been farming and making cheese at Maryland Farm in Ditcheat, Somerset since 1833. In the early days, milk from the farm was sold locally and the cheese made was used to feed the family and farm workers. As time went on, the milk needed to make cheese increased and soon the family was buying milk from neighbouring farms as well.

Today the Barber farms comprise 2500 acres of prime Somerset dairy land and are home to some 2,000 dairy cows. They continue to use traditional ‘cheddaring’ techniques combined with a unique collection of traditional starter cultures for which they are sole guardians, to create a truly typical West Country Farmhouse cheddar.

The Spinach and Cheese Souffle was the ideal vehicle for this strong cheddar, only 100g is used but the souffle still tasted strongly of tangy cheddar.  I also used some in a cheese sauce for cauliflower cheese and, again, a little went a long way.  I can highly recommend this cheese and will be looking out for it again.

The Souffle was light and fluffy, with the fresh sharp taste of the spinach contrasting nicely with the richness of the cheese and eggs.  A lovely dish, I do love a souffle, but not how much washing up it creates!

Serve immediately with green salad.I made some small changes to the recipe, I baked mine in a single dish as I've put my ramekins into storage due to the work which is about to start on my kitchen.  The recipe also stated that you only use 2 tbsp of the egg white, I'm not sure if this is an error in the booklet, but I used all the egg whites and the souffle seemed the correct texture to me. I can't see 2 tbsp raising this amount of bechamel sauce.