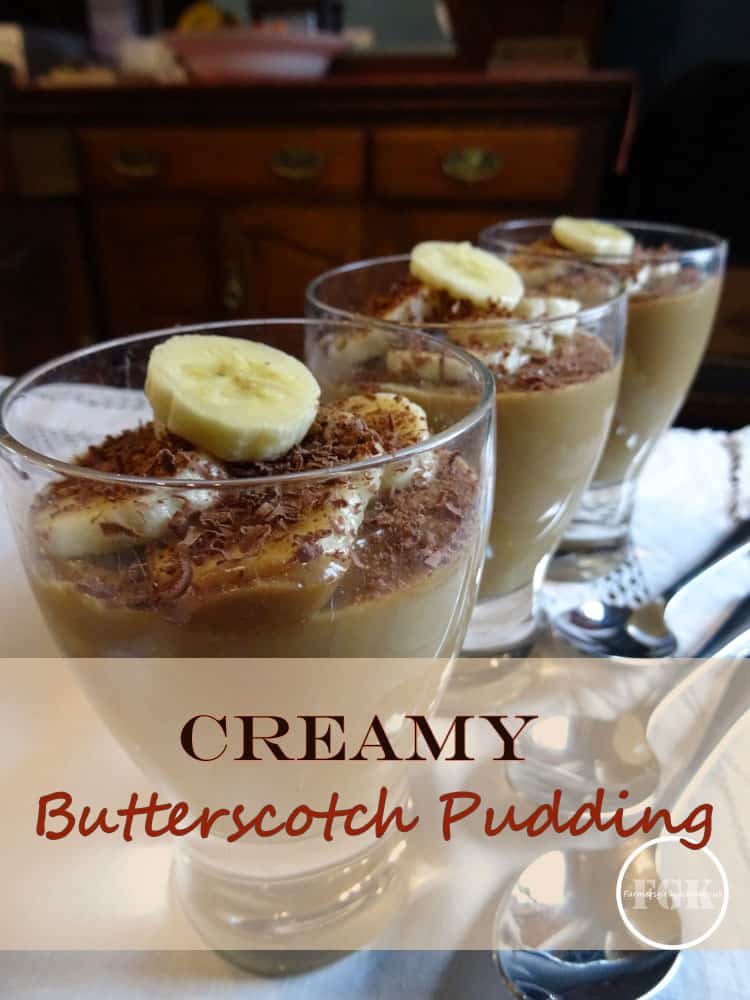 Do you remember Butterscotch Angel Delight?  Well, this Creamy Butterscotch Pudding is so much better than that, it is rich, creamy with a sweet caramel flavour, a really indulgent treat. 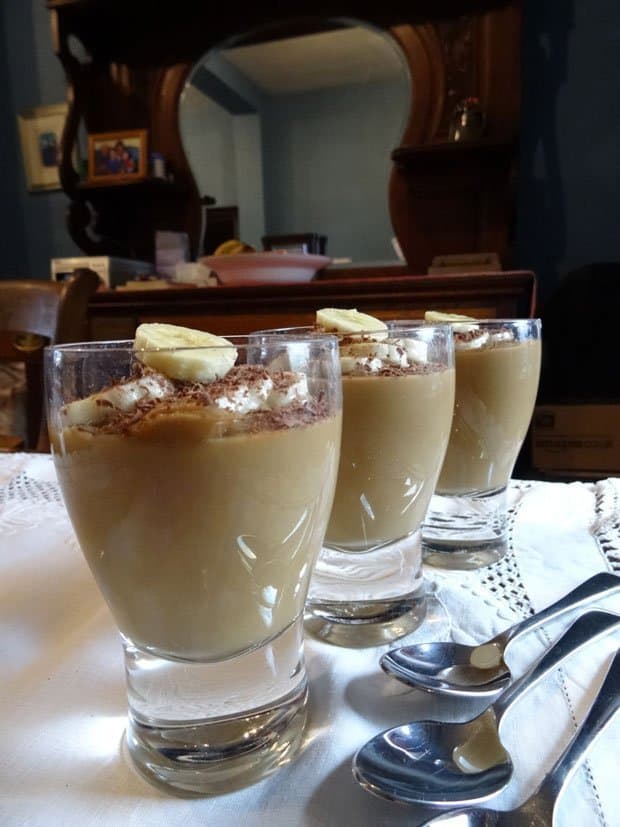 It comes from a beautiful book called Vanilla Table: The essence of exquisite cooking from the world’s best chefs. Vanilla Table is curated by Natasha MacAller who has a passion for Vanilla and hopes to inspire home cooks, students and chefs to try this exotic but familiar ingredient in a wide range of dishes.  It includes recipes from Natasha and 33 other chefs from around the world including David Lebovitz, Anton Mosimann, Yotam Ottolenghi and Peggy Porchen.

About the Author: NATASHA MACALLER is known worldwide as the “Dancing Chef”. A former professional ballerina,
after thirty years of performing with companies such as New York’s Joffrey Ballet, the Boston
Ballet and on the stages of Broadway, she decided to move on to what she considered another
performing art: cookery. She used her seasonal layoffs from ballet to become a professional cook
and eventually set up her own catering business, Dancing Chef Catering, which served TV, theatre,
film and food industry folks. In 1996, after graduating number one in her class from The Colorado
Culinary Institute, Natasha went from strength to strength, and she now holds her own culinary
classes and has become an international chef consultant.

About the Photographer: MANJA WACHSMUTH is a Danish photographer who, while currently residing in New Zealand, comes out of the Scandinavian photographic tradition. Specialising in food photography, she has her own boutique photographic studio and works with some of New Zealand’s favourite magazines and chefs, as well as with clients in Denmark, UK and Australia.

Here are some of the recipes that caught my eye:

*Blue plates are a US invention, literally, a plate made up of three compartments – one each for main, side and dessert.

Vanilla Plate concludes with Notes, Weights and Measures, All Sorts of Sources and biographies of the Contributing Chefs.

Who is it for?

Vanilla Table is not a beginners book, it is a book for confident cooks who would like to produce restaurant-style dishes.

Each recipe is well laid out with a paragraph about the story behind the recipe, a table showing the ingredients and clear instructions.  The photographs by Manja Wachsmuth are outstanding and help you understand how the dish should look as well as tempting your taste buds.

Some of the recipes are quite complex or include ingredients that are difficult to source although the majority seem fairly straightforward.

I chose to make the Creamy Butterscotch Pudding which is essentially a caramel custard made with dark brown sugar, cream and butter.  I am not entirely sure why the egg yolks were added when the pudding also contains cornflour to thicken it, they seemed a little surplus to requirements to me.  Whether you add the eggs or not, Creamy Butterscotch Pudding is a gorgeous dessert and would be perfect for a dinner party or other event as you can make it beforehand and keep it in the fridge until required.  The taste is well worth the many pots and bowls that it requires to make it.

As you can see I didn’t serve Creamy Butterscotch Pudding with whipped cream but topped with thin slices of banana and finely grated chocolate.  Banana and butterscotch is a great combination and gave a different texture.

I have one copy of Vanilla Table to giveaway, follow the instructions on the Rafflecopter to enter (UK/EU only) GOOD LUCK!