Home » Dessert » How to make Easy Blackberry and Apple Trifle 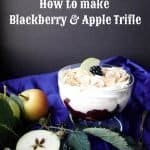 Easy Blackberry and Apple Trifle is an ideal autumnal dessert to make the most of foraged blackberries and homegrown apples. I’m lucky that I have access to all the hedgerows on our farm and I have my own apple tree, but if you don’t have access to the countryside and have no apple tree, never fear, you can buy cultivated blackberries or use frozen fruit and apples are available everywhere and all year round. 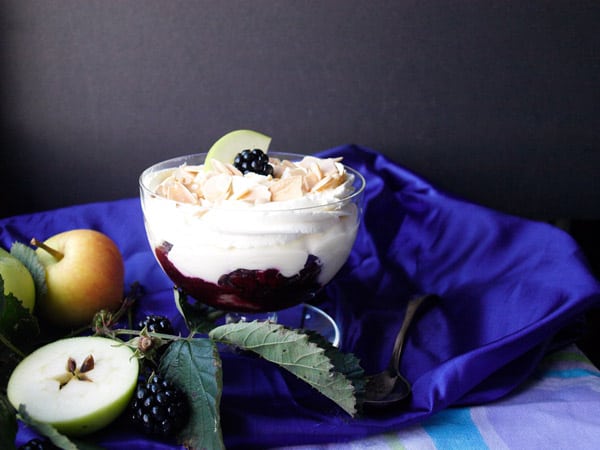 Step by Step How to make Easy Blackberry and Apple Trifle 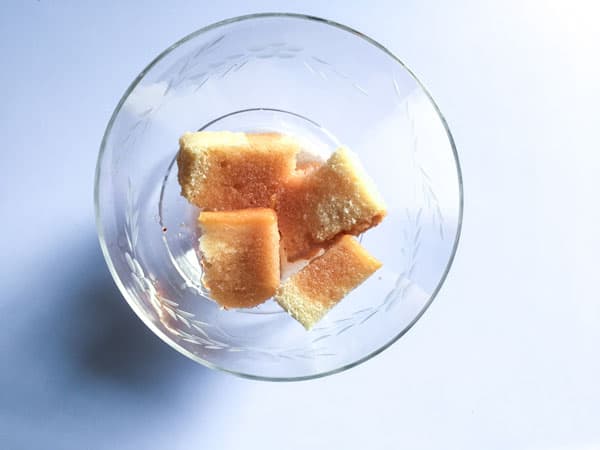 Trifle is one of my favourite desserts, it’s such an easy dessert to assemble and now that you can get really good ready-made custard in supermarkets it is even easier.  I start the Blackberry and Apple Trifle with some cubes of madeira cake.  You can use other plain cake or even trifle sponges, but I find that madeira cake makes a nice base.  It also soaks up the alcohol very nicely.  I used the last of my Hedgerow Vodka, but you can use sherry or other fruit liqueurs or if prefer it without the alcohol I would recommend orange juice. 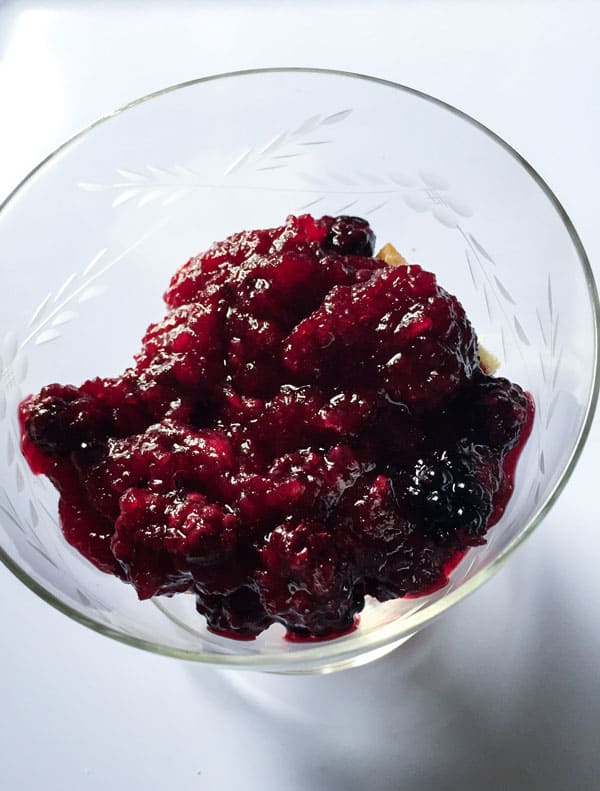 Make sure you add plenty of the Blackberry and Apple compote, it’s the star of the show and, although it is sweetened, it has a nice tart flavour which balances out the custard and cream. 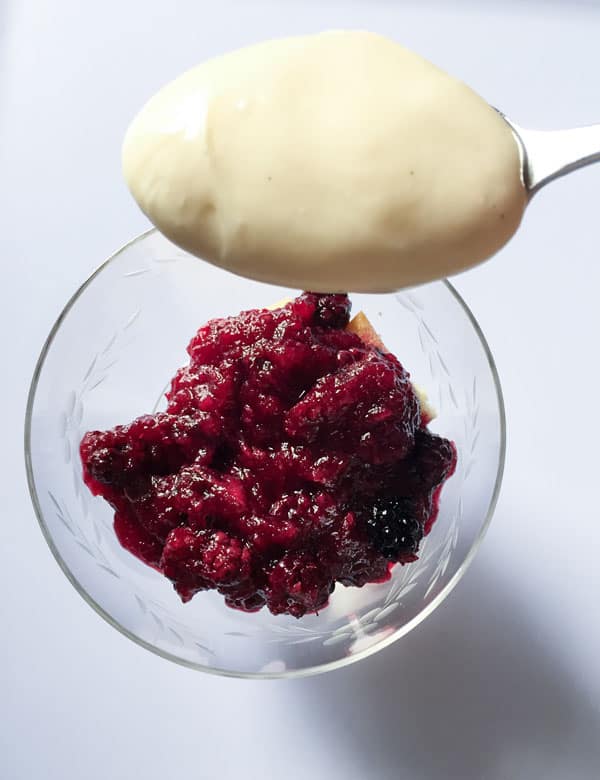 Spoon the custard over the fruit compote making sure you cover it with a nice even layer. 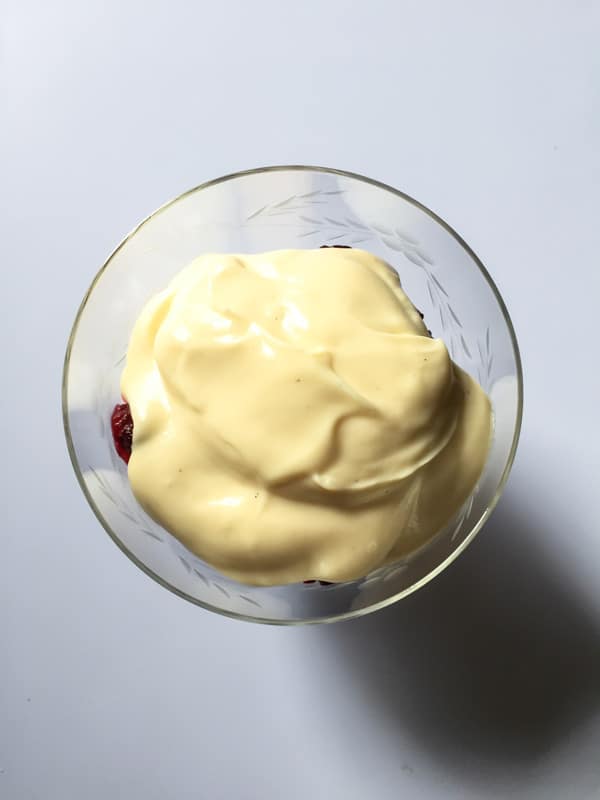 Now you are ready to whip the double cream just to the point where it will hold its shape. 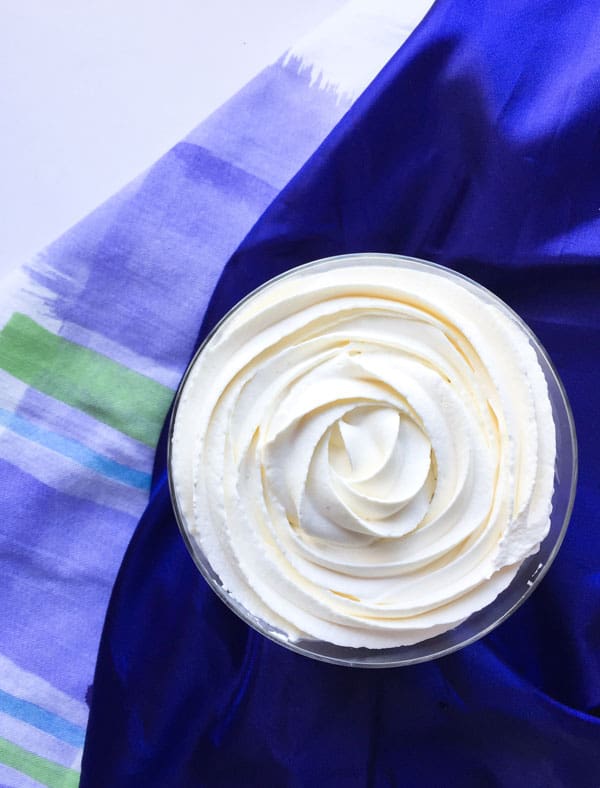 You can pile the cream on top of the custard or if you want to make the Easy Blackberry and Apple Trifle a little prettier you can pipe it onto the trifles.  I used a Wilton 1M piping nozzle and started piping from the centre of the bowl. 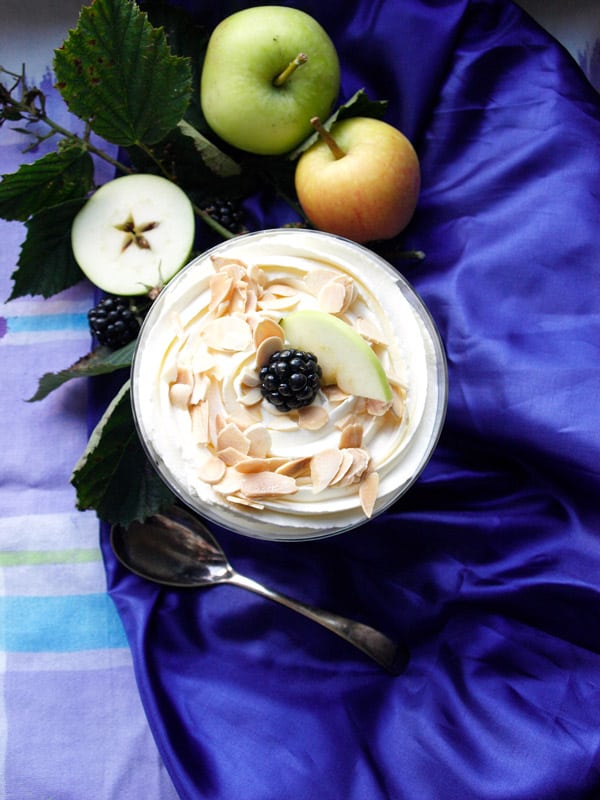 Just before serving sprinkle the trifle with toasted flaked almonds, a fresh blackberry and a thin slice of apple. 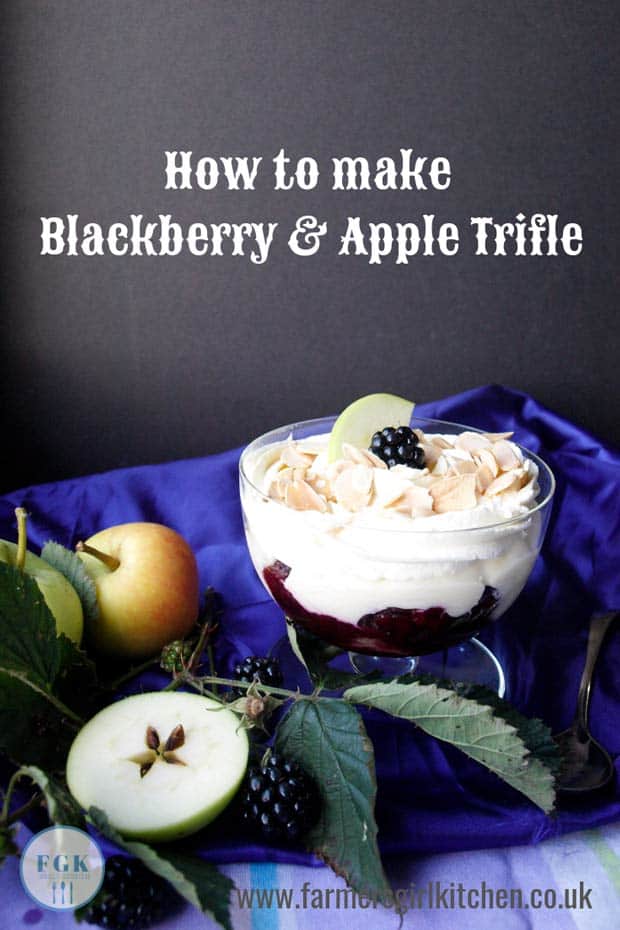 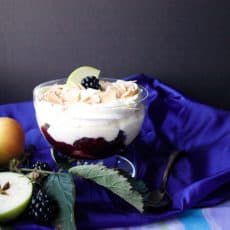 To make the compote

You can make a large trifle instead of individual bowls, just follow the same steps.

I’m adding this Blackberry and Apple Trifle to the #CookBlogShare link up for bloggers recipes, it’s a great place to find new recipes and new blogs to follow. 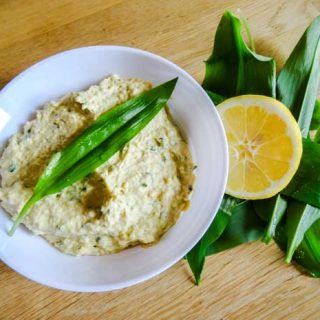