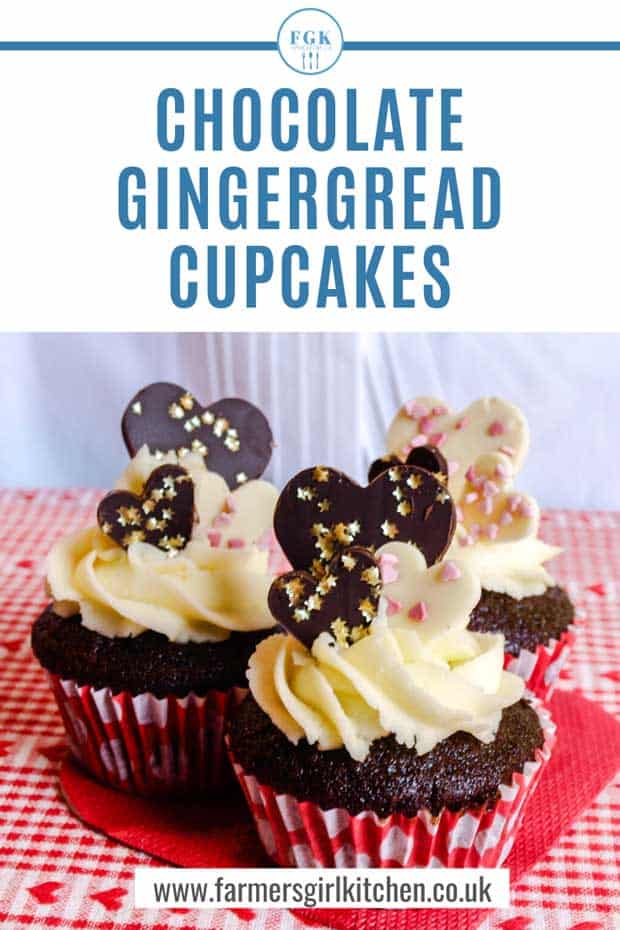 Chocolate Gingerbread Cupcakes have a rich chocolate taste and the sweet sticky texture of gingerbread.  Add chunks of chopped chocolate to the cupcake mixture and top with cinnamon buttercream.  They are ideal for a special Valentine’s Day treat. 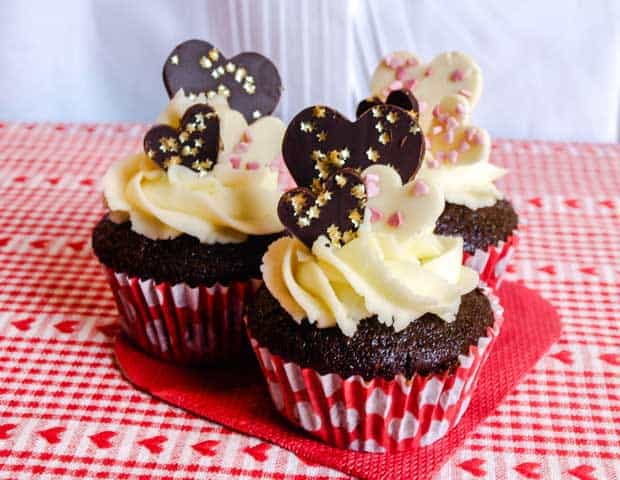 We celebrate Valentine’s Day on the 14th of February. It is a festival of love and romance.  We exchange cards, flowers, gifts and special meals with the one we love.

There are different stories about the origins of Valentine’s Day.

St Valentine was a priest in the 3rd Century, a common story is that Emperor Claudius II had banned marriage because he thought married men were bad soldiers. Valentine felt this was unfair, so he broke the rules and arranged marriages in secret.

The story goes that Valentine was thrown in jail and sentenced to death. However,  he fell in love with the jailer’s daughter.  When he was taken to be killed on 14 February he sent her a love letter signed “from your Valentine”.

Valentine’s Day is part of a very old tradition.  It is believed to have originated from a Roman festival. called Lupercalia.  This was held n the middle of February and was officially the start of their springtime.

As part of the festival, boys drew names of girls from a box. They’d be boyfriend and girlfriend during the festival and sometimes they’d get married.

Like many established festivals, this was turned into a Christian celebration and is used to remember St Valentine.

How to make Chocolate Gingerbread Cupcakes

The recipe for the cupcakes is at the end of this article.  The steps are simple to follow:

Decorate the Chocolate Gingerbread Cupcakes with chocolate hearts. Make the hears with melted chocolate, smooth the chocolate to a flat thin layer and sprinkle with gold stars or heart-shaped sprinkles.

Use a heart-shaped cutter to cut out the shapes   The decorations make the Chocolate Gingerbread Cupcakes into a Valentine’s Day treat.

For the Cinnamon Buttercream (will ice 12 large cupcakes)

For the Chocolate Hearts

To make the decorations

You could also buy chocolate hearts from cake decoration stores for your Valentine cupcakes.