Home » Soup » How to make Leek and Potato Soup 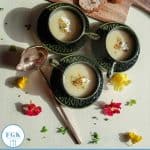 Leek and Potato Soup is one of my favourite winter soups.  It’s one of a triumvirate of Scottish staple soups alongside Lentil Soup and Scotch Broth that appeared on every table when I was a child. 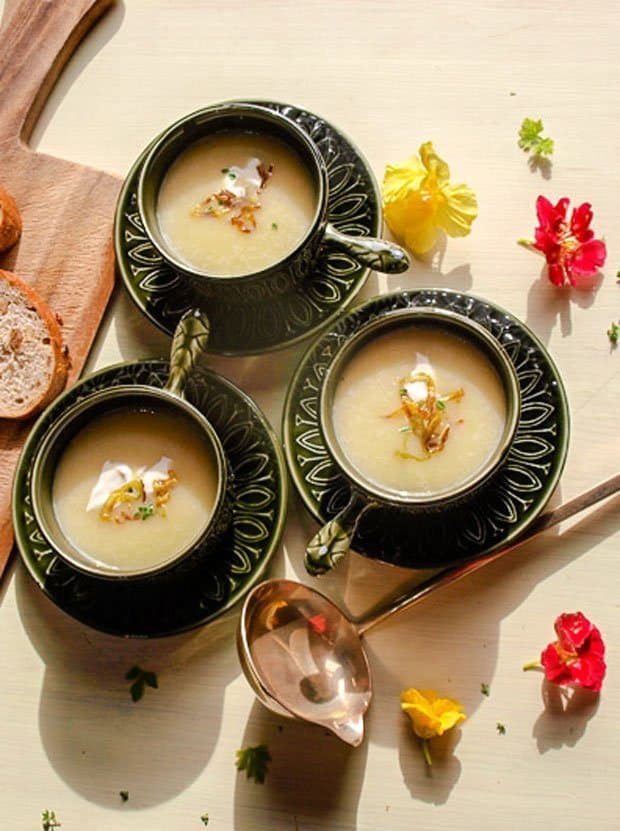 I make a large pot of soup every weekend which also provides warming lunches for the following week.  It’s a real winter warmer and it’s also really easy to make.

How to make Leek and Potato Soup 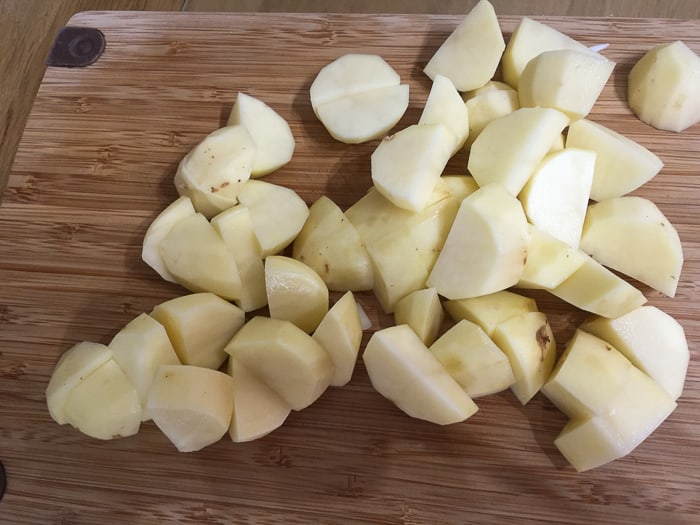 First, peel the potatoes and cut into roughly even-sized pieces of about 4cm (1 1/2 in), you don’t have to be accurate.

If you want the soup to cook more quickly then cut all the vegetables smaller. 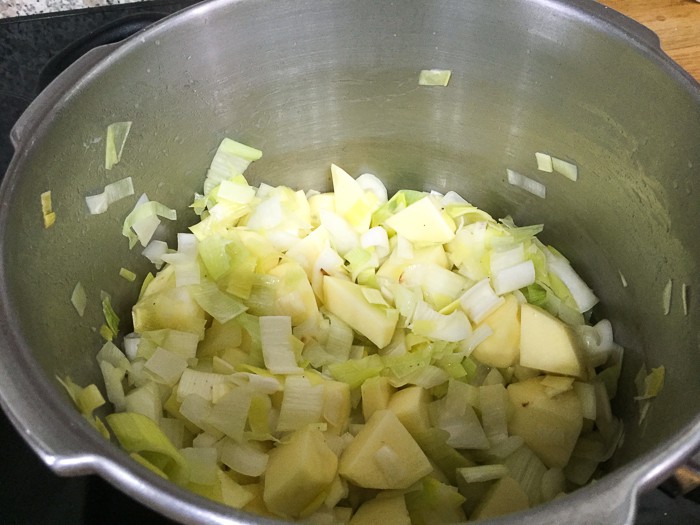 To prepare the leeks, slice off the root end and the very top of the leek, then slice vertically and place upside down in a tall jug of water.

Leave for 10-15 minutes, then agitate the leeks up and down to get rid of most of the earth which may be stuck in the ‘leaves’.

Slice horizontally, then if the leeks still seem to have a bit of earth on them put the sliced leeks in a bowl of cold water and move them around until they are clean, then drain. 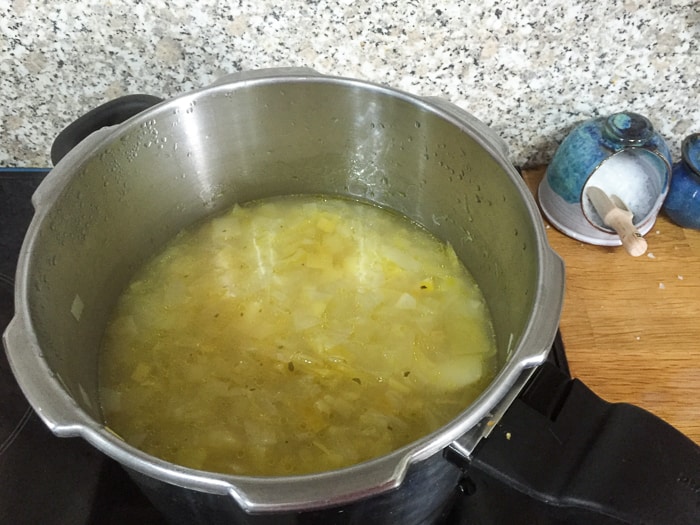 Place the butter and a little oil in the bottom of your soup pot and heat to a medium temperature.

Add the leeks and potatoes and stir around for about 5 minutes. Until that the vegetables are covered in the oil and butter and the leeks have started to soften.

Once the leeks are soft, add the stock, then cook.

I use my pressure cooker, so once up to pressure it only takes 15-20 minutes for the soup to cook.

In the Instant Pot, the recipe takes 12 minutes at medium pressure.

If you don’t have a pressure cooker then simmer fhe vegetables for abut 30-40 minutes depending on how large you have cut your vegetables. 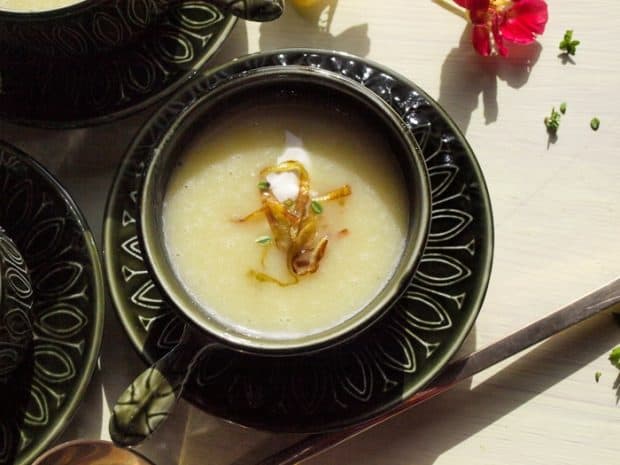 Once cooked the soup is cooked add milk and blend the soup until smooth reheat and serve hot.   For special occasions garnish with crispy fried onion and a swirl of cream. 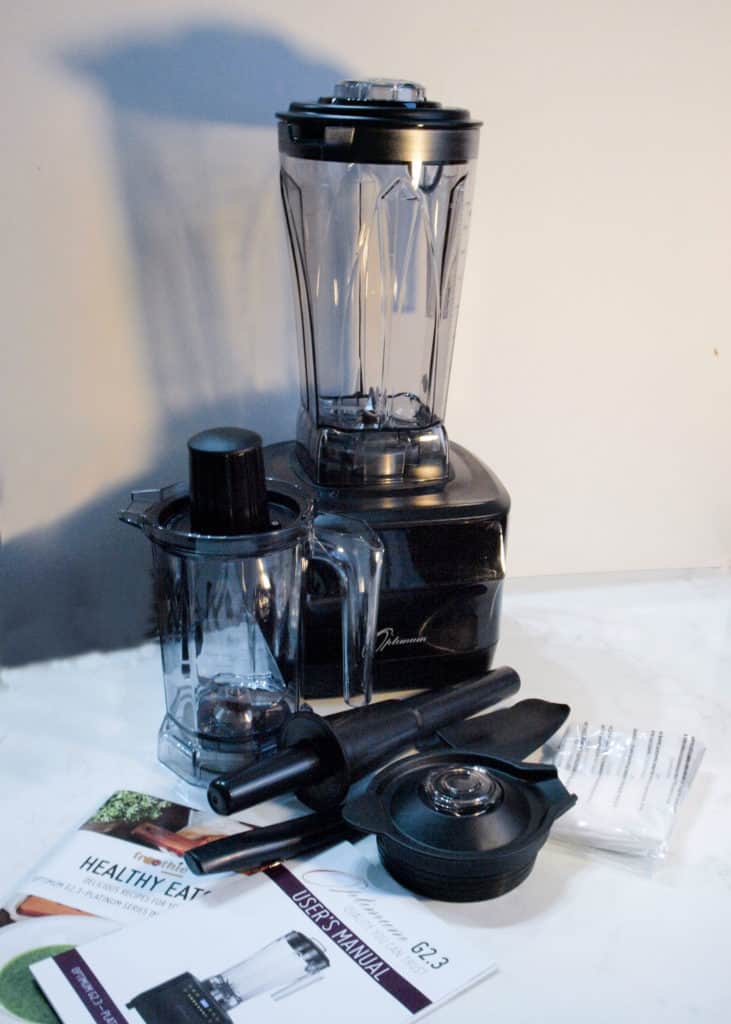 To get the best texture I use the Optimum Froothie G2.3 Blender.  It makes short work of blending soups and smoothies and they come out silky smooth with no grainy texture that you can get from the starch in potatoes.

Read more about the Optimum Froothie G2.3 Platinum Induction Blender and check out the latest sale prices for G2.3 Blender if you order through my affiliate link, I earn a small amount of commission which helps to maintain Farmersgirl Kitchen and if you add 3116 FREE AMBASSADOR DELIVERY to the comment box when they order.  the delivery charge will then be credited to your card. 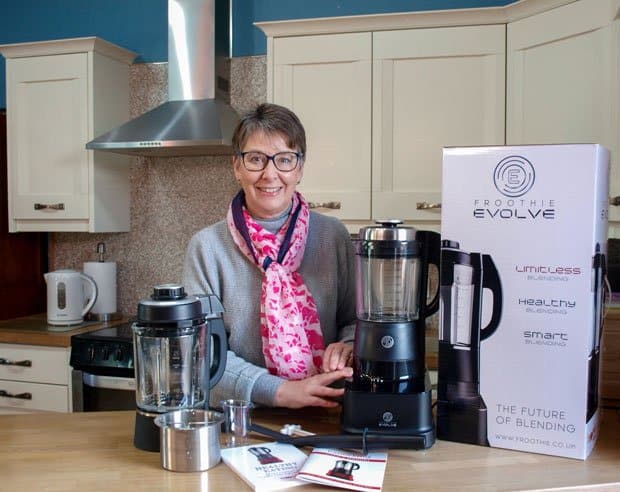 As a Froothie Ambassador, I can offer an additional £100 discount on the current offer price of £499 on the Froothie website. Buy through my Ambassador Link and you also get an additional 2 years warranty, which brings the warranty to 7 years.

To get this discount please add the following text in the comment box when you order: 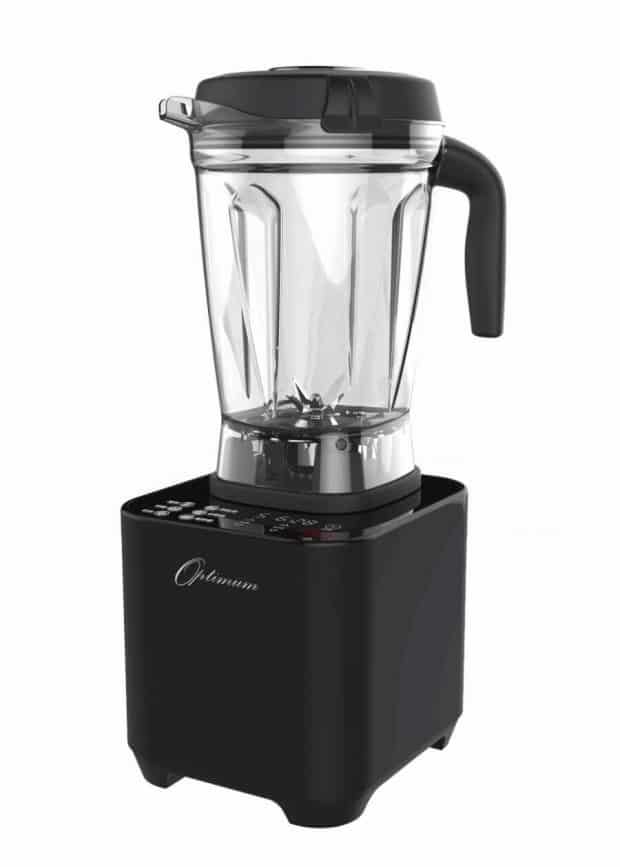 A luxury version of Leek and Potato Soup

If you are serving this soup for a special occasion and want to be really decadent replace the milk with single or double cream to give a rich silky texture.

If you are a fan of truffles, then a little bit of shaved truffle would be a tasty garnish although the fried onions. Or fry some finely shredded leeks with a few herbs to add a special something to the soup. 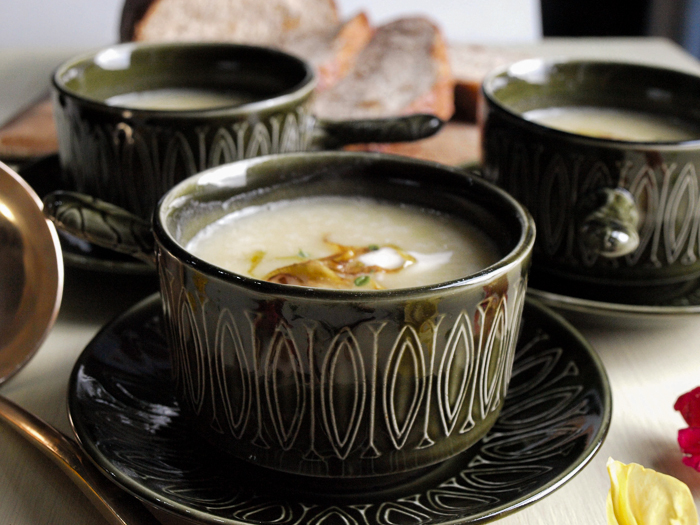 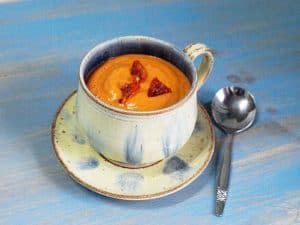 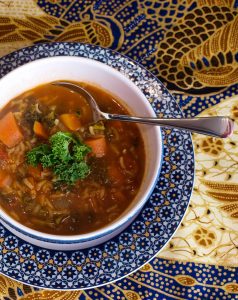 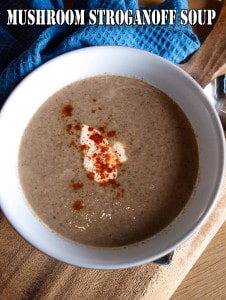 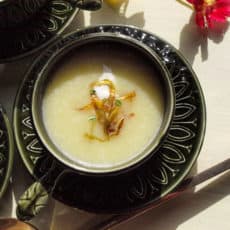 How to make Leek and Potato Soup

To prepare the leeks: slice off the root end and the very top of the leek, then slice vertically and place upside down in a tall jug of water. Leave for 10-15 minutes, then agitate the leeks up and down to get rid of most of the earth which may be stuck in the ‘leaves’. Slice horizontally, then if the leeks still seem to have a bit of earth on them put the sliced leeks in a bowl of cold water and move them around until they are clean, then drain.

Disclosure: Froothie UK sent me the Optimum G2.3 Platinum Series Induction Blender to use and review at home. I have not been paid for this post and was not required to give the Optimum G2.3 blender a positive write up.  All opinions are my own.  Affiliate links included in this post.

I do love leek and potato soup and really should make it more often. Your recipe sounds delicious and the Froothie sounds fab too! Thanks for linking to my parsnip soup:-)

Thank you, I love the sound of your parsnip soup and will definitely be making it.

Nothing beats a hearty tattie and leek soup! We’ve been enjoying that soup quite frequently this winter. I tend to use the Knorr chicken stock pots for mine and it really makes a huge taste difference. So good, especially with homemade bannocks. 🙂 Happy New Year!

Thanks, Elizabeth. I must try those stock pots

Sounds so delicious and comforting, Janice! So warming – perfect for this time of year 😀

Such a delicious classic soup, yours looks really smooth and luscious and comforting!

I do like leek and potato soup and really ought to make it more often. We seem to have a ton of leeks at the moment too. I could do with a bowl of yours right now – it’s suddenly gone really cold.

Thanks Choclette, I had some today for my lunch at work, it was so good on a cold day like today.

This sounds delicious Janice! I have actually made a leek and potato soup in my new Froothie Evolve and it turned out really well!

It really is a brilliant blender for smooth soups.

It certainly is, Jan

I really like leeks but have never made leek and potato soup for some reason! The Evolve will be great for making this, I will try it out and let you know how I get on.

Gosh, I thought everyone had made Leek and Potato Soup. I look forward to hearing how you get on.

Proper classic soup! It was the first one I made in my Froothie Evolve and it turned out fantastic!

Thanks Jo, that’s good to know. I’ve made chunky soup now too and it is also epic!

This is definitely one of our favourite soups, and as it was wished for a shared lunch tomorrow I thought I’d give your recipe a try. And, no surprise, simple and delicious, even if done with just the stick blender! Thank you 🙂

I’m so glad you enjoyed the soup, Izzi. A stick blender is a great tool, so convenient and does the job! 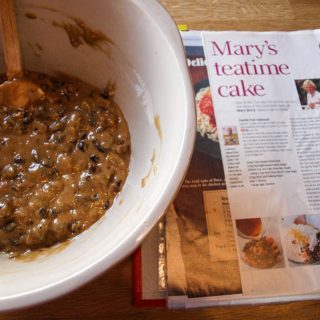