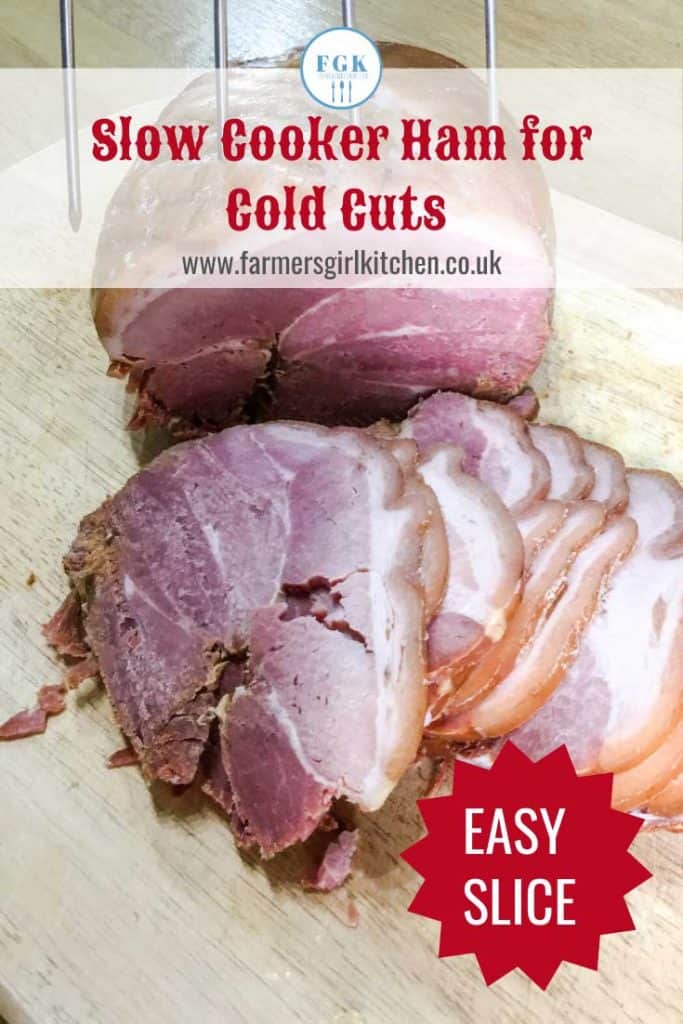 Slow Cooker Ham for Cold Cuts is a recipe that is so very simple and yet really rather clever.

A slow cooker is great for cooking a joint of ham but the meat tends to fall to bits because it is so tender. This is fine when you are serving the ham warm, but when you want slices of cold ham you really want them to hold together. 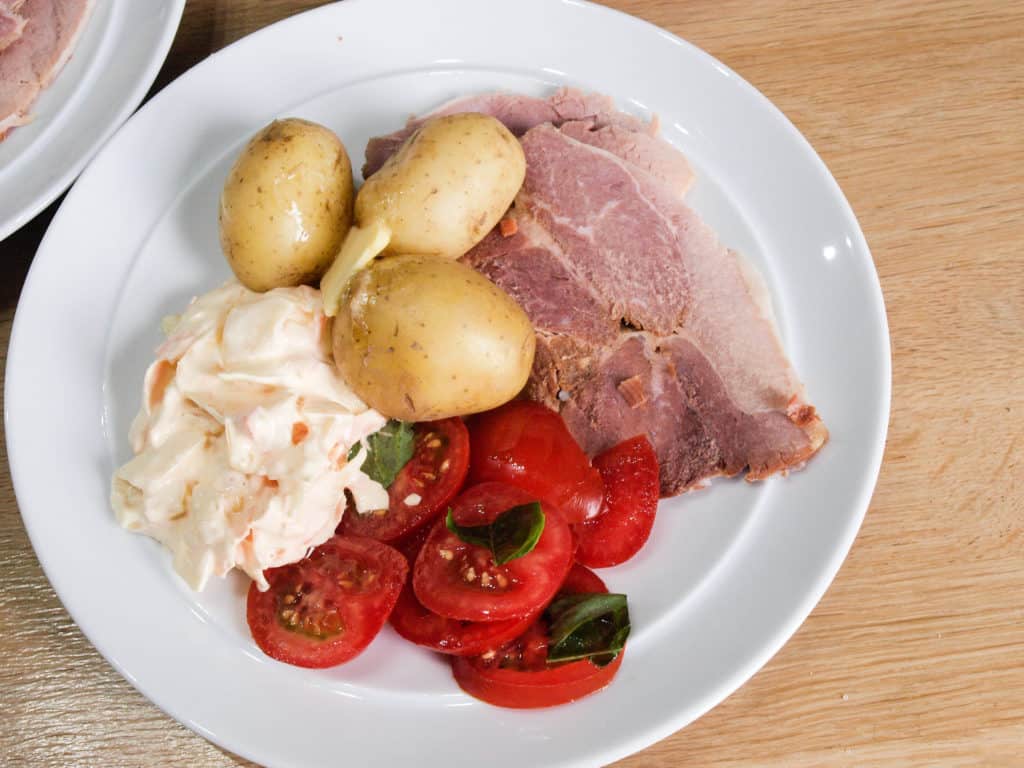 How do you keep the ham for falling to pieces?

I learned this trick at a cookery demonstration, and I’m going to share it with you.

Cook the ham according to the recipe at the end of this page.  Lift it out of the liquid while it is still warm then lay it onto a double layer of cling film (plastic wrap), and wrap it really tightly.

Add another two layers of cling film and wrap the ham tightly until the meat is compact and sealed. Put the meat into the fridge to cool.  When the ham is completely cold, unwrap it and it will cut into perfect slices once cold.

How to serve the ham

Slow Cooker Ham in Ginger Beer bumps up the flavour by cooking the ham in either alcoholic or non-alcoholic ginger beer. Serve the ham with new potatoes, cauliflower and parsley sauce.

The slices can be eaten cold or reheated and served with chutney, mustard or gravy.