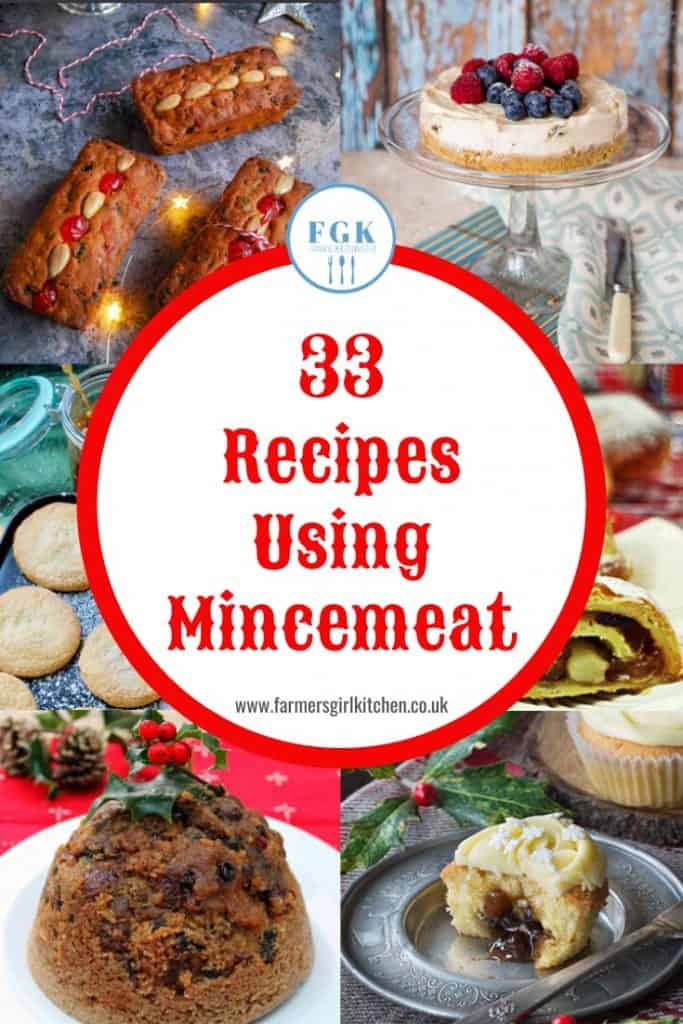 33 Recipes using Mincemeat is a collection of festive recipes for cakes, desserts, cookies, breads and tarts and alternatives to traditional mince pies all using mincemeat. 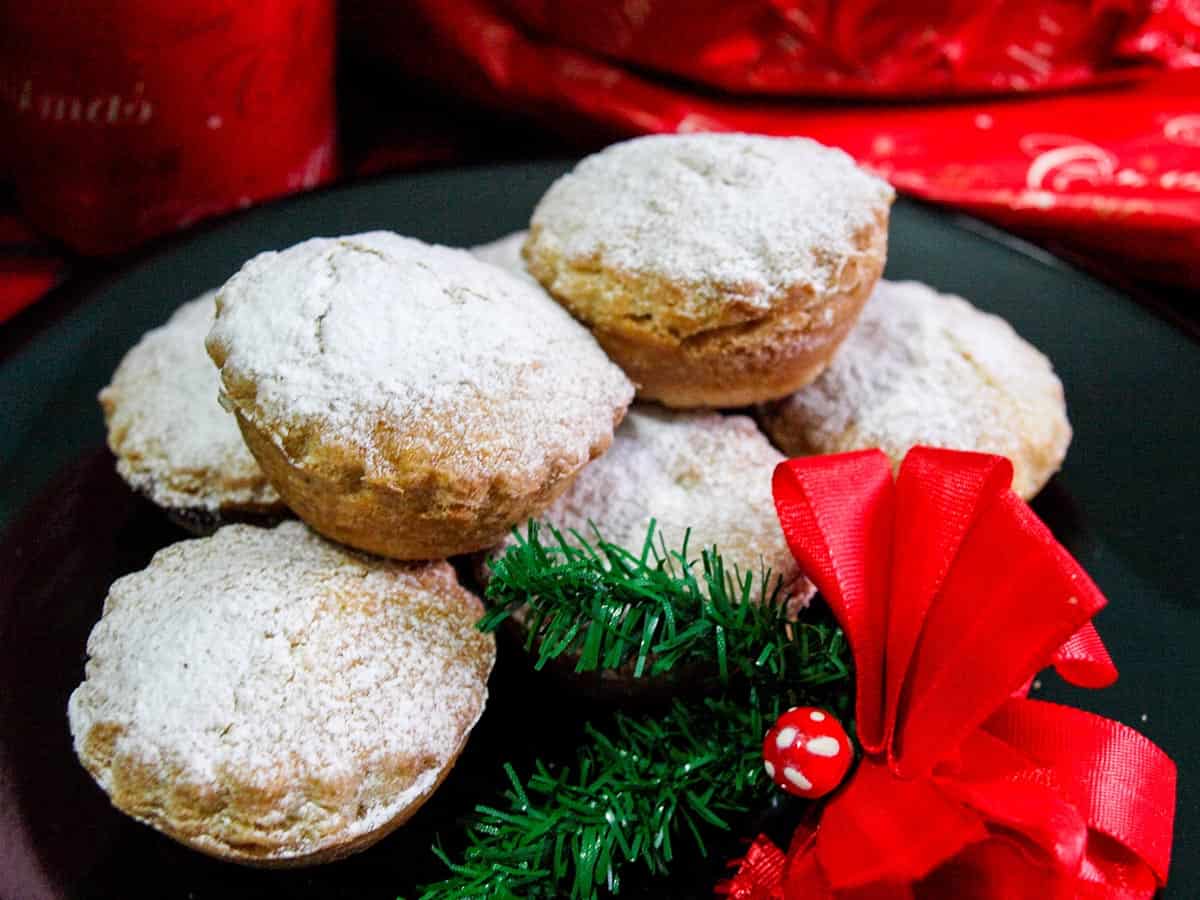 Mincemeat is a very British tradition and is usually served as individual shortcrust pastry mince pies.  We love our mince pies,  in fact, over 300 million mince pies are eaten over Christmas.

Mincemeat is a rich mixture of dried fruits, spices, apples, citrus zest and juice, alcohol and suet or butter.

What is the meat in Mincemeat?

Originally, there was meat in mincemeat as well as the dried fruit and spices. This is how it got its name.  The meat element was gradually replaced with beef suet.

I use vegetable suet but you can also use butter. This means the mincemeat is also suitable for vegetarians.

Can I make my own mincemeat?

Can I buy mincemeat?

You can buy jars of mincemeat in groceries and supermarkets, in the UK. in other counties you may have to look in specialist shops or buy online.

Like most things, homemade is much nicer, but you can improve bought mincemeat by adding a tablespoon of brandy and a grated apple to the mixture before including in your recipe.

Fab Food For All has a recipe for Cheat’s Mince Pies with a Twist which uses ready-made ingredients and a clever secret ingredient.

What else can I make using mincemeat?

Although mince pies are a very delicious treat they are not the only way to use this seasonal spiced fruit mixture.

I asked top food bloggers for their best alternative mincemeat recipes.   They came up with recipes using mincemeat in cakes, cookies, desserts, pies, and slices.

Use mincemeat to add that seasonal fruit and spice flaour to your cakes and muffins.

Mary Berry’s Mincemeat Loaf Cakes are a perfectly easy, one bowl bake – and are perfect for using up that half-empty jar of mincemeat and a cherry twist from Something Sweet, Something Savoury.

Everyone loves brownies, and traybake slices are so easy to make.  Make them with mincemeat and they are perfect to serve to visitors over the holiday season.

Filo or Phyllo pastry is made up of layers of thin pastry sheets.  It’s a lighter way to serve up pastry treats and has a lovely crunch.

I love a sweet bread or bun filled with a delicious filling. Mincemeat is a really easy way of adding that festive flavour to your bakes.

I always have a pack of ready rolled puff pastry int he freezer.  I know that I can use it to make quick and easy savoury or sweet pies with whatever else I have in the fridge or larder.

Shortcrust pastry is traditional for mince pies, but you will see in the recipes below that you can make all kinds of different styles of pastry bake with puff pastry and mincemeat.

Easy Puff Pastry Mincemeat Rolls are the simplest mince pies you will make. Take sweet mincemeat, almond and orange filling and wrap it in ready-made puff pastry to make a light flaky homemade mince pie in no time at all.

This Mincemeat and Marzipan Wreath is the inspired creation of Casa Costello.  Made with puff pastry, mincemeat and marzipan it looks so pretty but is really easy to make and is bound to impress your guests.

Deep Filled Chocolate Mincemeat Tart, the pastry is crisp on the top and melts in the mouth. AI love the deep fruit and chocolate filling, it is lusciously sweet and moist with just enough citrus tartness.

And finally some variations on mince pies

I couldn’t do an alternative mincemeat collection without some ideas for mince pies with a bit of a twist.

I hope these 33 Recipes for using Mincemeat inspire you to try some of the recipes. Stay in touch with everything that’s going on at Farmersgirl Kitchen.